THE PRINCIPLES OF FINANCIAL ANALYSIS

Target making LKMA accounting is to prepare financial statements to be used as LKMA financial information for the parties concerned. With the accounting assumptions made in preparing the manual compilation steps are as follows:

So far there has not been the most appropriate accounting standards to process financial transactions LKMA unluk. This, among others, caused a new institution which LKMA continue to experience perfecting (revised), both institutionally and operationally.

In general there are three important principles datam processing financial transactions, including for LKMA.

a. Accountability
Bookkeeping should be accounted for truth and must be supported by clear evidence and outentik.

Bookkeeping can be easily understood by users of the report, easy to navigate, and easy to match the evidence (tracing).

Bookkeeping made with practical, simple and tailored to the needs LKMA without altering the principles of the preparation of financial statements.

Chart of accounts are prepared in such a way and given numbers along with a systematic classification making it easy for workmanship and inspection. Copies of the code on these estimates should be given to each holder of a book so concerned to know. This will make it easier to find bookkeepers (take) an estimate, if required.

In preparing the estimate of the code needs to be some things, as follows:

b. Each group either rnaupun balance of the profit and loss provided some specific numbers.

c. In providing these numbers need to be taken into account the possibility of additional new estimates within a group.

One form of design codes are estimates ledger digit code blocks. In this way, general ledger accounts are grouped into several groups and each group provided a block of sequential numbers to give the code. With the use of block numbers, if there is expansion not result in changes in account numbers, except only the addition of the respective blocks. 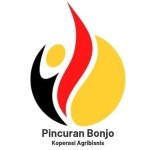